The main benefits of Pilates are: 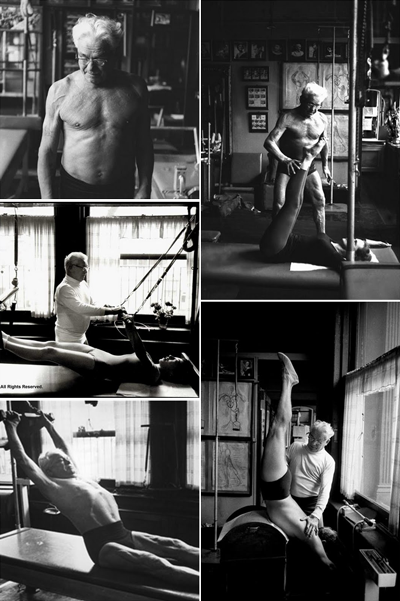 Joseph H. Pilates was born in 1883 in Mönchengladbach, Germany. His father was a prize-winning gymnast of Greek ancestry, and his mother worked as a naturopath. Pilates was a sickly child and suffered from asthma, rickets, and rheumatic fever, and he dedicated his entire life to improving his physical strength. Besides skiing frequently, he began studying body-building, yoga, "kung fu" (probably what is now known as qigong), and gymnastics. Pilates came to believe that the "modern" life-style, bad posture, and inefficient breathing lay at the roots of poor health. He ultimately devised a series of exercises and training-techniques and engineered all the equipment, specifications, and tuning required to teach his methods properly. In 1912 he moved to England.The British authorities interned him during World War I along with other German citizens in an internment camp. It was here that he began refining and teaching his minimal equipment system of mat exercises that later became "Contrology". After the war (WWI), he returned to Germany and collaborated with important experts in dance and physical exercise such as Rudolf Laban. In 1925 Pilates migrated to the United States. On the ship to America, he met his future wife Clara. The couple founded a studio in New York City. His method, related to encouraging the use of the mind to control muscles.

The six key benefits of Pilates

At first glance, bears some resemblance to Pilates. They both build strength and flexibility. They both have equipment and non-equipment based exercises. Both methods are a culmination of other exercise philosophies, as well as, innovations in movement and the healing arts. Other similarities include focus on the body's core, use of system-specific equipment, joint range of motion and emphasis on the breath. But how each of these areas is approached is what truly differentiates these systems. From a dance perspective, Pilates would be compared to ballet, as is likened to modern dance. Where Pilates is more linear in terms of range of movement and mostly done lying down, is more three-dimensional and generally done seated. In terms of where the movements originate from, Pilates is a musculature-oriented, where incorporates musculature. In general terms, Pilates focuses on stabilization, ; focuses on mobility. Breathing is an important part of both. Both systems have proven healing properties with Pilates increasingly accepted by the U.S. medical and rehabilitiaon communities and being heralded in Europe for orthopedic injury recovery.